Recipe for a Successful Marriage

“Our Lord! Grant that our spouses and our offspring be a comfort to our eyes, and give us the grace to lead those who are conscious of You” (Furqaan 74). 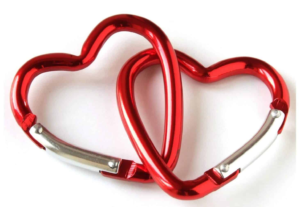 Q: Every human being by nature has an instinct to dispute. This instinct becomes more manifest between the husband and wife, thus leading to marital disputes. How can this instinct be controlled?

A. Consider the following ten points to control the instinct of dispute and maintain a happy marriage.

1. Fear Allah: It was the noble practice of Nabi salallahu alayhi wasallam to conscientise the spouses about the fear for Allah before performing a Nikah by reciting the verses (Nisa v14, Ahzab v69, Aali-Imraan v101) from the Quraan. All the verses are common in the message of Taqwa (fear of Allah). The spouses will be first committed to Allah before being committed to their partner. There can be no doubt in the success of a marriage governed by the fear of Allah.

3. If one has to win an argument, let it be the other: Nabi salallahu alayhi wasallam said: “Whoever discards an argument despite being correct shall earn a palace in the centre of Jannah. (Ibid pg.412)

4. Never shout at each other unless the house is on fire: Luqman (AS) while offering advice to his son said: ” and lower your voice for verily the most disliked voice is that of a donkey”. (Surah Luqman v19)

5. If you have to criticize, do it lovingly: Rasulullah salallahu alayhi wasallam said, ‘A Mu’ min is a mirror for a Mu’min.’ (Abu Dawud vol.2 pg.325; Imdadiyah) Advise with dignity and silently.

6. Never bring up mistakes of the past: Nabi salallahu alayhi wasallam said: “Whoever conceals the faults of others, Allah shall conceal his faults on the day of Qiyaamah.” (Mishkaat pg.429; HM Saeed)

7. Neglect the whole world rather than your marriage partner:Nabi salallahu alayhi wasallam confirmed the advice of Salman to Abu-Darda [RA] for neglecting his wife. “Verily there is a right of your wife over you.” (Nasai Hadith2391)

8. Never sleep with an argument unsettled: Abu Bakr radiallahu anhu resolved his dispute with his wife over-feeding the guests before going to bed. (Bukhari Hadith 602)

9. At least, once everyday, express your gratitude to your partner: Nabi [sallallaahu alayhi wasallam] said, ‘Whoever does not show gratitude to the people has not shown gratitude to Allah.’ (Abu Dawud pg.662; Karachi)

10. When you have done something wrong, be ready to admit it and ask for forgiveness: Nabi [sallallaahu alayhi wasallam] said, ‘All the sons of Aadam commit error, and the best of those who err are those who seek forgiveness.’ (Tirmidhi Hadith 2499)